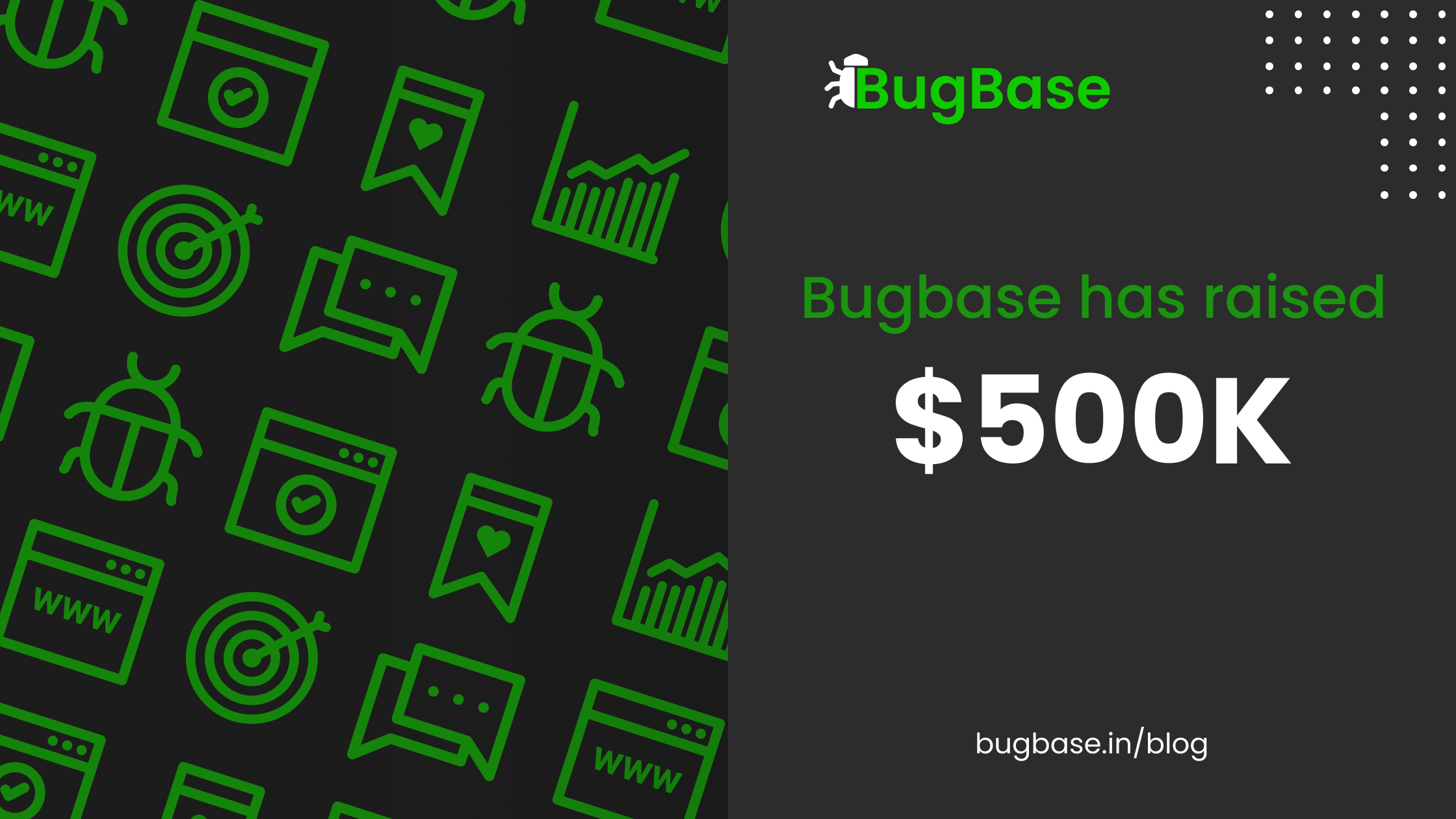 100X.VC-backed Cybersecurity marketplace by two college dropouts, BugBase raises  US$500,000 in funding led by 2am VC

BugBase, a Bangalore-based startup, is one-of-a-kind marketplace of ethical hackers, which assists organisations in staying cyber safe by providing an all-in-one platform for continuous and comprehensive security testing. BugBase was founded by Dhruva Goyal and Kathan Desai, two 20-year-old motivated young entrepreneurs who dropped out of college to pursue their entrepreneurial dream full-time. They are currently hosting Bug Bounty programs and PTaaS (Pentest-as-a-service) programs for companies like boAt and ImpactGuru.

Dhruva Goyal, Founder & CEO, BugBase, said, "Bugbase intends to give a large community of ethical hackers access to an optimised platform that has already begun to revolutionise India's cybersecurity market. We aim to spread awareness about cybersecurity among organisations and businesses likewise and hope to facilitate fruitful interactions between ethical hackers and companies."

"Businesses face all types of breaches, and these vulnerabilities pose a great risk to sensitive data. Therefore a need for an integrated testing platform arose. Our platform's success in India is based on a commitment to excellent service quality and compliance requirements, as well as a desire to foster sustainability and innovation," said Kathan Desai, Founder, BugBase.

BugBase’s Pentest as a Service (PtaaS) platform, connects companies to the right security researchers and helps deliver the real-time insights you need to mitigate risks and innovate securely. Payment gateway vulnerabilities, account takeovers, authentication flaws, and database and credential leaks are just a handful of bugs reported on Bugbase that are actively remediated and reported by a team of handpicked testers.

Pavel Gurianov, Finsight VC, said," Although many companies have been working on automation of cyber security tasks, it is also to be taken into serious consideration that zero-day threat prevention needs a more creative approach - this is what we liked about BugBase's crowdsourced approach to security. Secondly, as India's technology industry is emerging, we think India will need to grow its own community of hackers, similar to those existing in the US and Europe. In the future, I believe such a community can become a strong foundation for our cybersecurity products."

"We believe that the youth of India will play a significant role in the future growth of ethical hacking as a service - especially as the Web3 world yearns for decentralisation. The BugBase team is organised and amazingly driven by 20-year-old ethical hackers who demonstrate community leadership and a burning desire to bring ethical hacking mainstream. I would not bet against their hunger and commitment.", said Hershel Mehta, General Partner, 2am VC.

Ninad Karpe, Partner at 100X.VC, said, "The rapid digital transformation across industries has made businesses vulnerable to cyber attacks. Bugbase is adopting an interesting approach of looking at the threats from hackers' perspective and helping businesses efficiently prevent cyber attacks. We are glad that we are backing them in their journey. They have a lot to offer."

Today's relentless cyber threats demand a security strategy that is just as unabated and proactive. BugBase's platform, unlike traditional security platforms, takes into consideration the agile methodology adopted by businesses nowadays. It allows an organisation to get an early baseline assessment followed by regular pentests, which helps integrate security testing into the process alongside the existing testing, rather than being an afterthought or extra step. Bugbase aims to promote better security practices among organisations and has certainly set its sights on dominating the cybersecurity market with hopes of leading India into a secure future. 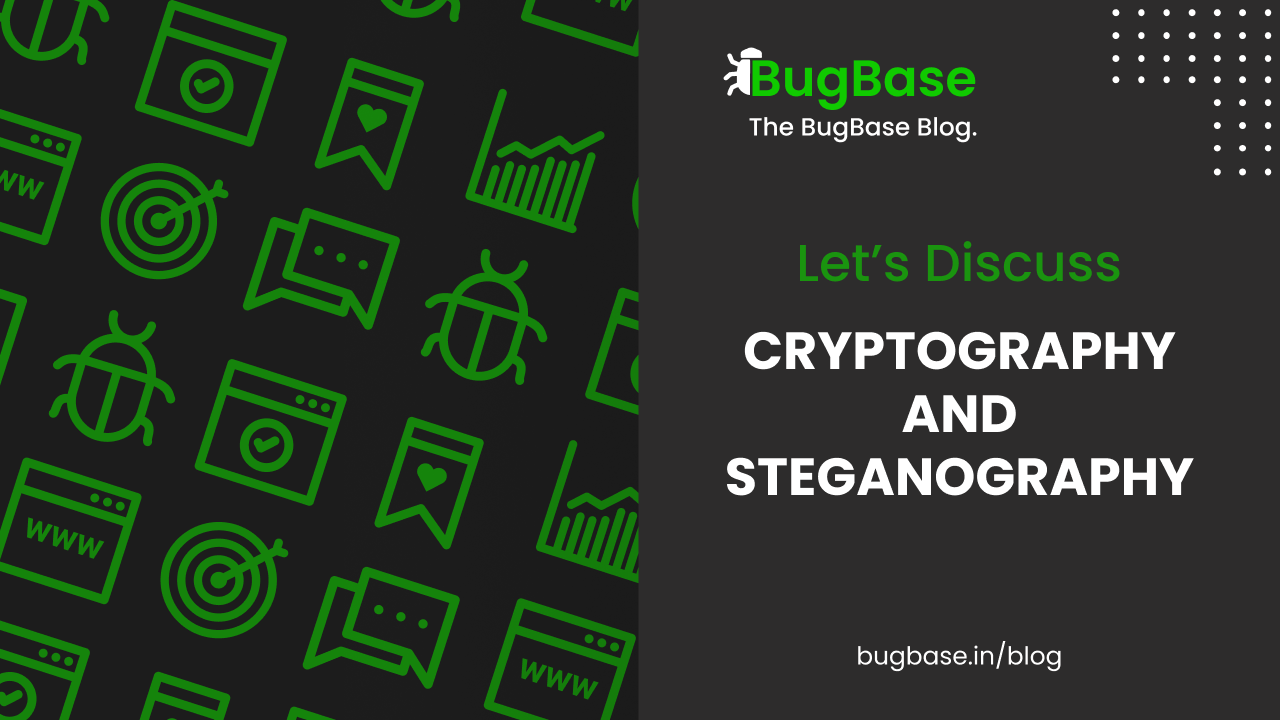 A Deeper Dive into Cryptography and Steganography
Cryptography is the technique of securing information and its communication thro... 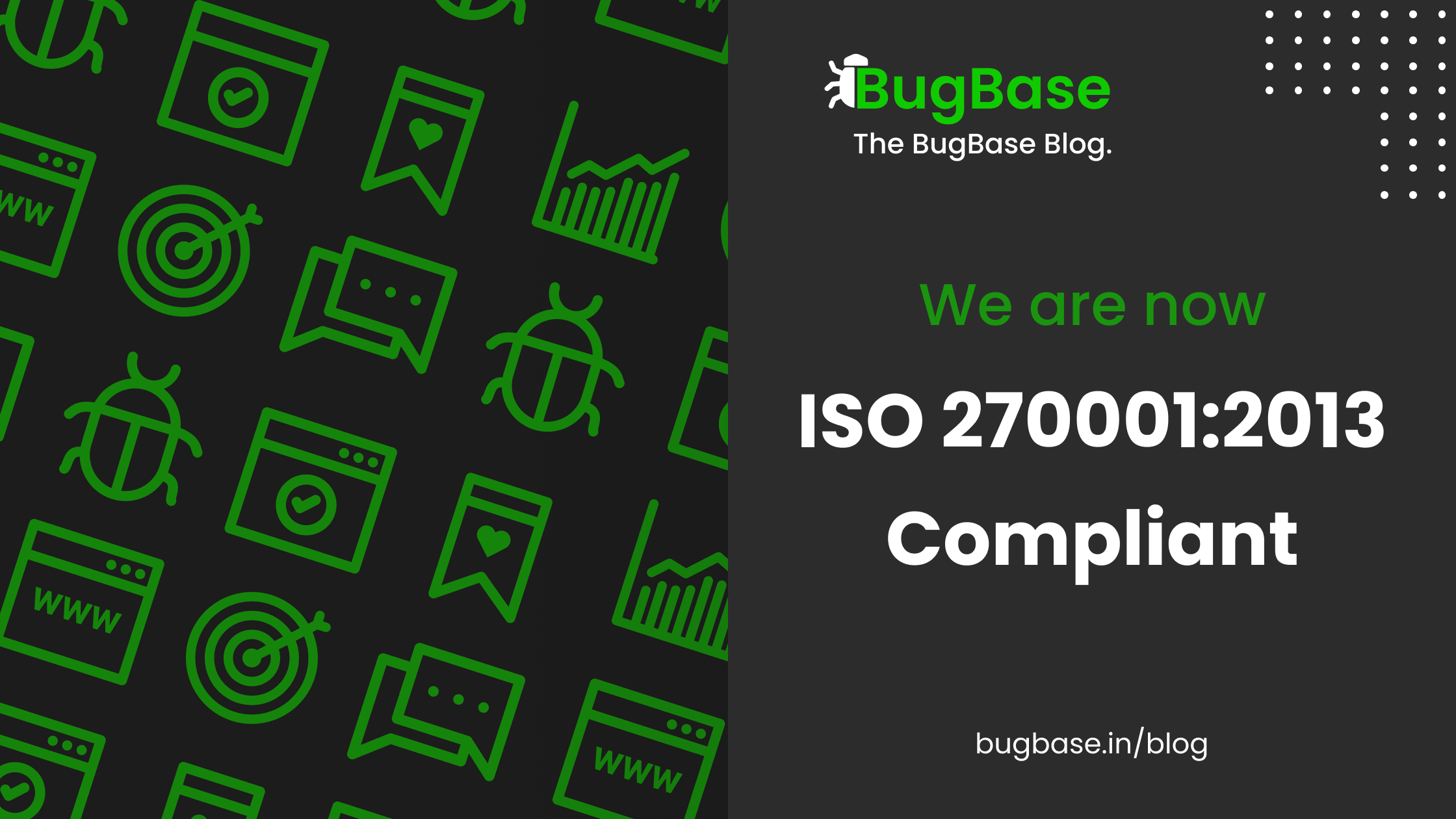 BugBase is now ISO 27001:2013 Compliant
BugBase is excited to announce that our platform is now certified and compliant ... 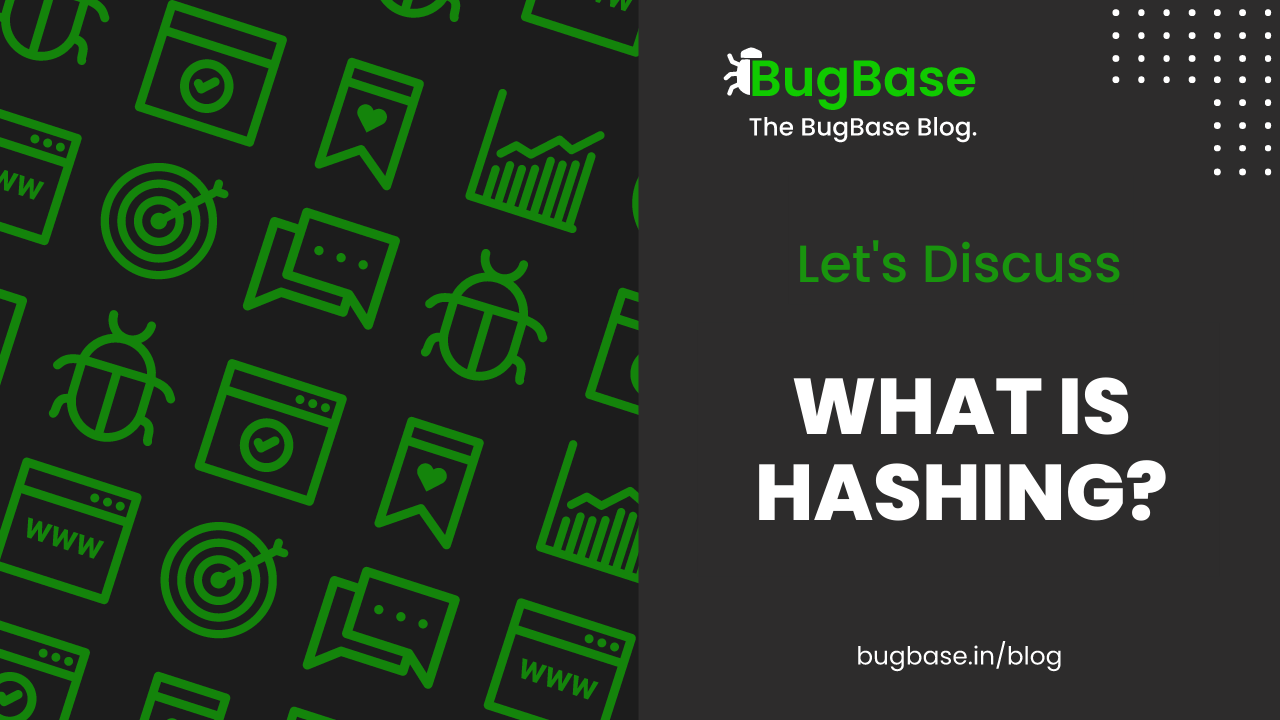 What is Hashing?
The technique of transforming a given key into another value is known as hashing...

Let's take your security
to the next level

Give us your Feedback!